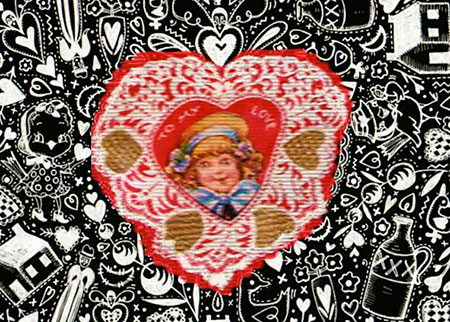 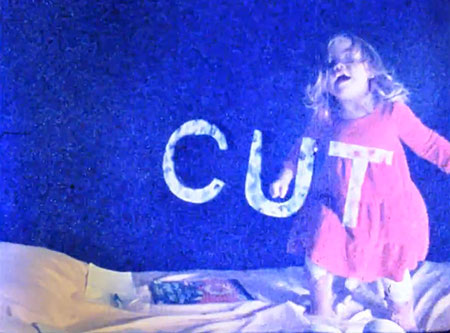 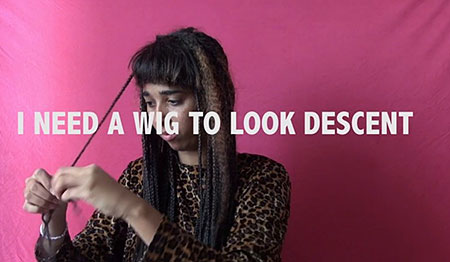 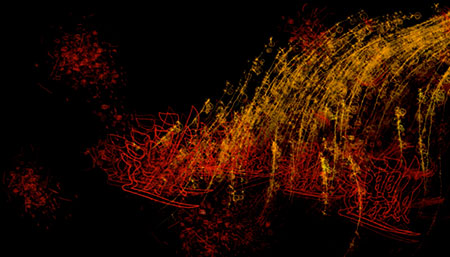 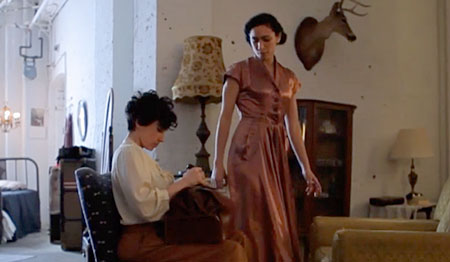 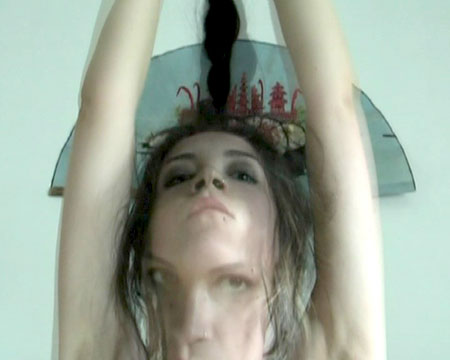 The video is my anti-manifesto. A mise en scene of an impossibility, a virtual presence. An “impossible body” is enacting a fantasy of loss and distance: of desire, that cannot be satisfied but also a desire for an unsatisfied desire.

The spoken quotation is from Luce Irigaray’s classic essay Speculum, of the Other Woman; in french it works well (rien à voir équivaut à n’avoir rien) but it’s hard to translate it in english, due to the ambivalent meaning, ie: having nothing to see equals having nothing, possessing nothing.

It was one of those cutting edge sentence reflecting on the gaze (here in Europe), over the female body and against the Lacanian phallocentrism, considering female sexual attribute as a substitute for the penis; they were just playing with words but saying – if there’s nothing, that nothing cannot be a substitute. I was writing my thesis on gender studies and visual culture when I filmed that video. My thesis title was: ID: Interior Density (on visual theories and practices where the body was protagonist, as form and content, identity and difference).

Although it seems probably weird or taken for granted nowadays and Irigaray was later criticized. But I still think it’s strong, to ironically deconstruct dichotomies… maybe even more now that naked bodies are everywhere! That’s why I put that e (just as a capital letter, for end but also for eternity, in fact it has been sprayed on a bubble in a children playground here in Venice. To me, that bubble was a vanitas vanitatae reminding us the eternal cycle, but also that we can put an end to something.

In the middle of the night, Dorian wakes up on her couch, plagued with memories from which she thought she had severed ties long ago. Soon these memories take the shape of a ghostly figure, who might be a past version of herself. Dorian loses control of her manifested “other” and must engage in a claustrophobic battle for control. This cerebral, internal argument transcends time and language through the use of movement and a rich soundscape. With an intimate eye and exhilarating choreography, Dorian C. illustrates the frustrating struggle between the boundaries of how we are defined and our manufactured identity.

Sound/Music: Pablo Palacio; Computer programming generated animation. Utilizing sound synthesizing and computer graphics programming, this work depicts a famous poem “Drinking Alone by Moonlight” from the ancient East using a Western analytical approach. The poem was written by Li Bai, arguably the most accomplished poet from China’s Tang Dynasty. Instead of literally interpreting the meaning of this poem, we chose to portray it by translating the rhyme and tonal prosody of the poem into sound/music and graphics simultaneously.

A self-portrait exploring the artist’s relationship with her hair and its social and cultural meaning. While the video shows her struggling to take her braids off, the sound superimposes various personal accounts of young women complaining on YouTube about their ‘nappy’ hair or giving a socio-historical explication of ‘afro hair’ disguise.

A fever-dream processes childhood memories of medical exploitation. The clinical gaze holds tight to the profitable conjuring made possible by vulnerable bodies.

Pen and ink drawings, animation, and special effects are blended with vintage footage and old-fashioned valentines. Vintage footage includes “Innocent Party”1959 from A/VGeeks; “Century 21 Calling” 1964; “Prom: It’s a Pleasure!” 1961; and the amazing Rosita Royce in “Dance of the Doves from the Prelinger Archives.” The sound score includes a mix of digitally altered samples from Rogers and Hart’s “My Funny Valentine” sung by Chet Baker 1964; “Kiss Me Honey” by Ada Jones and Bill Murray 1913; “Love Boat” by Earl Burnett and the Biltmore Hotel Orchestra 1929; and “My Funny Valentine” sung by Ruth Gaylor with the Hal Mcintyre Orchestra 1945; – all found at archive.org.

A portrait of farmland in the Pacific Northwest, “Abandoned Generations” explores relationships with land and time in different generations. Told through the perspective of a female farmer living in the 1940s, the film questions the distance that modern society has from the earth and how that relationship informs daily life.

Hello all,As you can see we have been a little quiet but you can see shorts curated by AxW for free here:axwonline.com/category/view-shows-now/ ... See MoreSee Less

ENDURING ADVERSITY (show 1) – TRT: 28.21 Pick up and lift. Thank you for supporting the filmmakers who are presented in this show!
View on Facebook
· Share